Share a memory
Obituary & Services
Tribute Wall
Read more about the life story of Barbara and share your memory.

She was born March 3, 1927, in Logansport to Henry and Katherine (Mueller) Scherer.

Barbara had three brothers, William, Paul, and George. Their mother, Katherine, passed away when Barbara was only five years old and Henry asked Katherine’s sister, Lizzie, and her husband, William Richter, to care for her. Barbara considered their daughter, Lisette and son, Harry, as her own and remained close to them and their children throughout her lifetime.

A graduate of the Logansport High School Class of 1945, Barbara met the love of her life, Robert Crispen after he returned from service in the Marine Corp during WWII. They were married on February 28,1947 and would go on to celebrate 75 years of marriage in February 2022.

Together they raised three children who survive, son, William and his wife Amy of Indianapolis, daughter Katherine (Katie) Zook, Plano, Texas, and son, Steve, and his wife Deanna, Logansport.

Robert passed July 24, 2022, and Barbara would spend the next few months waiting to be reunited with him.

Faith and family were the cornerstones of her life. Barbara was a lifelong member of Trinity Lutheran Church where she could be found every Sunday morning, third pew from the back, left side, until her health would no longer permit. She witnessed many family weddings, baptisms, confirmations and even funerals at her church. Her faith in God and His promises never wavered.

To those lucky enough to be called her friends, she was just “Barbie.” She and the “Old Boy” as she lovingly called Robert, had a continually active social circle, enjoying Tuesday night dinners with Gayle and Winnie Smith, Friday nights at LHS ball games, and Saturday nights with Jiggs and Lou Wolf.

Her calendar was filled with lunch dates, musicals, plays and just going for a drive after dinner.

Barbie loved to travel with Hawaii being a favorite destination. She and Robert would make the trip several times before his passing. They shared that love of travel with their children and grandchildren treating them all to special vacations to celebrate the important milestones of their 50th, 60th and 70th anniversaries. She and Robert were an amazing example of what loving someone forever truly means and the memories made on these trips are cherished by the family.

As much as she adored her seven granddaughters, her role as GiGi to sixteen great-grandchildren gave her boundless joy and happiness in the last years of her life. A visit from any of them would mean pulling the old fire hydrant toy out of the closet and playing on the living room floor for hours.

She is survived by: Berkley and Graham Slavens, John and Colette Cieslak, Camryn, Carson, Cassidy, and Claire Lowry, Brinley and Brooks Newsom, Cole, Will, Jack and Claire Morris, and JP and John Lemons.

During her last year at McKinney Place, she made new friends and was especially thankful for the care and friendship of Dave Barron, Vickie Hathaway, Beth Day, and the staff whose compassion and love the family wishes to acknowledge.

​Barbara also leaves behind a brother and sister-in-law, Paul and Joan Scherer and several nieces and nephews.

Preceding her in death along with her husband Robert, were her parents, two brothers, William and George, and son-in-law, John Zook.

Visitation will be from 10:30am until 12:30pm, Saturday January 7th at Kroeger Funeral Home.

The Funeral Service is scheduled for 12:30 pm. Saturday at the funeral home with the Rev. Dave Smith presiding.

Kroeger Funeral Home is in charge of all arrangements.

Online condolences may be submitted to kroegerfuneralhome.com.

To send flowers to the family or plant a tree in memory of Barbara Katherine (Scherer) Crispen, please visit our floral store. 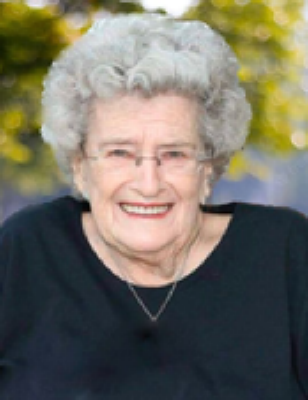 You can still show your support by sending flowers directly to the family, or by planting a memorial tree in the memory of Barbara Katherine (Scherer) Crispen
SHARE OBITUARY
© 2023 Kroeger Funeral Home. All Rights Reserved. Funeral Home website by CFS & TA | Terms of Use | Privacy Policy | Accessibility