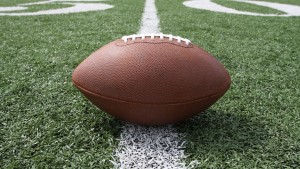 Born August 5, 1924, in Galveston, Indiana, he was the son of Elmer W. and Gertrude Goldsberry Wood.

Elmer was retired after 37 years of employment at the Pharos Tribune.

A graduate of Logansport High School, Elmer served his country in the United States Marine Corps, serving both in World War II and the Korean War.

For thirty years Elmer was a football and basketball referee. He enjoyed spending time with thousands of student athletes, coaches and their families, many of whom were gracious enough to include him in their lives and to assist him in attending various sporting events in later years. There has never been a light standard or gymnasium that Elmer Wood couldn’t spot from a mile away.

Interment, with full military honors accorded by the United States Marine Corps and members of the Cass County Honor Guard, will be at Ever-Rest Memorial Park, immediately following the funeral service.

Memorial contributions may be made in Elmer’s memory, to the Logansport High School Athletic Department, 1 Berry Lane, Logansport, IN  46947.

The following was written by Dave Long shortly after hearing of Elmer's death.

It is really sad to hear of the death of Elmer Wood, “The Logan Berries All-Time #1 Fan”.

There is no one who was more dedicated to supporting Logansport athletics. Elmer probably attended more sporting events of all kinds involving Logansport than anyone.  I can remember him keeping score for my freshman team for two games in a tournament in the morning and afternoon, and then driving out of town that night to watch Logansport junior varsity and varsity games.

Elmer enjoyed all sports. He was just as much enthused about basketball as he was football, baseball, wrestling, swimming or any other sport in which Logansport athletes competed.  And, he didn't care about the age group.

I first met Elmer when I was a young employee at the Pharos-Tribune, and he worked in what we used to call the "back shop," operating a linotype machine. The linotype era is coming quickly to an end. I know of only one other person still living who knew how to operate those machines to produce a newspaper.

Elmer was always active in athletics and was a football referee during most of his younger life. I always joked with him, calling him "Six Yard Wood."

I said he marked off five-yard penalties so fast that it took him a yard to stop.  So those five yard penalties ended in six yards.

Later he helped me greatly as a scorekeeper for my freshman basketball teams at Logansport High School. I coached for 12 years at LHS, and he kept score both at home and on the road for most of those years.

Elmer loved those players. He always made sure they knew the proper way to report into a game, which made the job of the scorers a lot easier. Other score keepers mentioned to him they were impressed with the way Logansport's players were prepared to enter the games. It's one of those things a lot of coaches overlook.

We even developed our own scorebook. The usual books didn't contain some things that Elmer liked to keep, so we decided to make our own. He told me what he wanted, and I put it together. We used that book for years, and it got a lot of comments from other scorekeepers he sat next to during games.  We were talking about mass producing the book, but we just never got to that.  I still have several of them tucked away at my home.

He not only kept score for my freshman teams, but many other Logansport High School teams through the years.

He and is late wife, Mishia, were just great people.  My deepest condolences to his family, who I also got to know. Elmer was fortunate to find another very fine lady, in the former Jane Bell, with which to finish out his life. Jane was married to the late Jack Bell, who was also a big Berry fan. Jack coached baseball, and he also was the bus driver for high school varsity teams.

Elmer's daughter worked for several years in the Cass County Government building. His son, Mike, a former LHS athlete, sold rings for a national company for many years.

Elmer was very proud of them, and always talked about them. He was also really happy to keep the scorebook while his grandson, Matt Heath, was playing on the freshman team.

He became a very committed Logansport High School athletic fan, and was just recently honored for it.  He could always be seen at athletic events, both at home and on the road.

Elmer served his country as a Marine, but he seldom talked about it. He was a part of Logansport High School's latest Veteran's Day Celebration that can be seen on the LHS Berries You Tube channel.

People like Elmer come along once in a lifetime. I would certainly like to see Logansport High School find a place somewhere on its campus to honor him.

To send flowers to the family or plant a tree in memory of Elmer J. Wood, please visit our floral store.

You can still show your support by sending flowers directly to the family, or by planting a memorial tree in the memory of Elmer J. Wood
SHARE OBITUARY
© 2022 Kroeger Funeral Home. All Rights Reserved. Funeral Home website by CFS & TA | Terms of Use | Privacy Policy | Accessibility